Jarabacoa was settled in 1805 by survivors who fled surrounding cities during the Haitian invasion of the Cibao.

Jarabacoa is located in a tropical rainforest climate with warm days and mild nights almost all year. Because of an elevation of 1500 feet and its proximity to the equator, Jarabacoa has very nice weather year round and has been dubbed the “City of Everlasting Spring”

The main tourist attractions are the mountains and natural beauty of the area due to its location in the center of the Central Range. It is also one of the main accesses to the Pico Duarte and the Ebano Verde Cientific Reserve. Jarabacoa has three large rivers, Baiguate, Jimenoa and the Yaque del Norte.

Santo Domingo is the capital of the Dominican Republic and the largest city in the country. Currently, almost 3 million people live within the Santo Domingo metropolitan region. The city was founded in 1496 by Bartholomew Columbus and is the oldest European city in the Americas. Before the arrival of Europeans in 1492, the Taíno people inhabited the island of Hispaniola on both the present day Dominican Republic and Haiti sides.

Santo Domingo is located along the Caribbean Sea, on southern part of the island of Hispaniola. The city has a tropical climate and the temperature varies little throughout the year, ranging from about 67°F to 89°F. Santo Domingo is the center of government and politics for the Dominican Republic. There are also many historical landmarks, museums and parks scattered throughout the city. 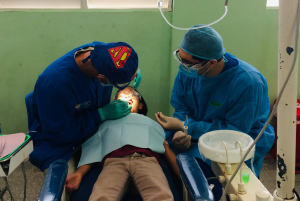 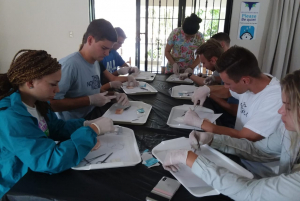 Volunteer with an organization in the mountains and natural beauty of the Dominican Republic.

Even though they weren't able to travel, VAW Globa

Join our movement to strengthen your experience in

While on-site, interns are required to attend seve

It has been an awesome collaboration between our l

We constantly strive to provide the best quality p

Our VAW Global Dental Chapter at University of Col

Load More...
Read our Blog
We are back!

For the first time since the pandemic began back in 2020, we, VAW Global, have a medical team from Mississippi State University (MSU) in Guatemala…