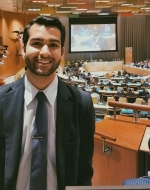 Arush has policy, advocacy, and research experience in primary health care and community workforce capacity-building, emergency preparedness and response policy (including integrating health information systems to control the DRC Ebola outbreak), and resilient health systems governance and financing at the national and global levels. He has supported health systems strengthening and rights-based development initiatives with organizations including the U.S. Office for Global Affairs (HHS/OS/OGA), IntraHealth International, and The Task Force for Global Health. Arush recently completed an MSc in Health Policy, Planning and Financing between the London School of Hygiene & Tropical Medicine and London School of Economics.

He currently serves on the Board of Directors for Women in Global Health and the WHO Youth Hub, and has been nominated as a WHO/UNICEF Primary Health Care Young Leader, Gates Foundation Goalkeeper, and Emerging Voices for Global Health Fellow.

Cindy Nguyen is a Northern California Native who enjoys traveling, good food, concerts, and anything involving the outdoors.  She was first exposed to opportunities in the healthcare field at the age of 16 when she attended a 3 day event called Nurse Camp. She felt a call to service after seeing how impactful and important nurses were in healthcare. Cindy went on to graduate with her Bachelors in Nursing in 2015 from Sacramento State University and currently works as a float pool RN at UC Davis Medical Center in Sacramento, CA. She enjoys the never ending excitement of floating in between the Emergency Department, Trauma Unit, Oncology Unit and 20 other departments.

Cindy first became involved with VAW in the summer of 2014 when she had the opportunity to assist in providing healthcare to rural communities in Bocas Del Toro, Panama. The trip was so impactful on her outlook on healthcare and life that she wanted others to have a similar experience. In the summer of 2015, Cindy co-lead two medical volunteers teams with VAW to The Philippines and Peru. Being a part of the Board of Directors is Cindy’s way of giving back to an organization that has given her so much professionally and personally.

David Liberman has been involved with VAW since his sophomore year of college. He helped start University of Southern California’s first medical chapter in 2012. He noticed the imperative need for dental care in some of the countries and was instrumental in creating VAW’s dental outreach program. This program now expands to multiple countries and services thousands of patients each year. It focuses on sustainable dental care and education to underserved communities.

David has graduated from the University of Pennsylvania School of Dental Medicine in 2019 and is currently serving as a Captain in the United States Army, offering dental care to the American Soldiers that fight to keep our country safe. David has a true passion for global health and continues to work with VAW to better the organization and make it a powerhouse to help serve many communities abroad. He loves to mentor undergraduate students to better prepare them for medical and dental school. 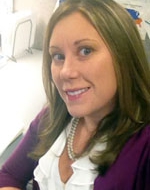 Katie Dreiling graduated from the University of South Carolina with a BA in Political Science and a Minor in Spanish. She has over 15 years of experience in business development, fundraising, and growth strategies.  Prior to her involvement with VAW, she served as the campaign finance director for a United States Senator and United States Governor leading their fundraising efforts.

For the past 11 years, she has been with Colonial Life, a voluntary benefits company, serving as a sales leader, and currently serves as Head of Large Employer Acquisition. 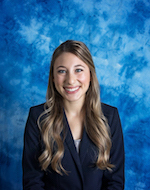 Laura Cox was the founding Team Leader for the VAW chapter at the University of Nebraska at Kearney (UNK) and served as chapter president from 2015-2017. She was integral in laying the foundation for VAW at UNK, where the program continues to flourish. During her time as chapter president she organized medical mission trips for around 75 students, serving as team leader on trips to Panama and Peru and coordinating a third trip to Guatemala.

She graduated from the UNK in December of 2017 with a degree in Psychobiology. Laura is currently a second year Master of Physician Assistant student at Butler University in Indianapolis, IN. She will graduate in May 2020. Laura is excited to soon begin her career as a PA and has strong interests in neonatal and pediatric medicine. She is a student member of the American Academy of Physician Assistants.

VAW played a vital role in Laura’s career path as PA. She is passionate about the work VAW carries out and has seen the impact of the organization first-hand. She is eager to continue her involvement in VAW and hopes to encourage future students to take advantage of this amazing opportunity. 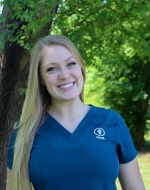 Veterinary Advisor
VAW Board of Directors

Conner introduced Madi to VAW Global when he volunteered to go on a Dental Outreach trip. As VAW Global did not have a pre-veterinary program Madi became involved with VAW Global’s Operations Team, planning for VAW Global’s first ever pre-vet trip began the summer of 2017. The trip to Cusco, Peru launched August of 2018 and was able to service around 200 animals! Madi was amazed by the wonderful work VAW Global does around the world and is excited to be able to continue to contribute! 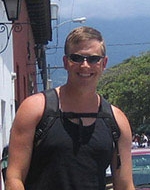 Mark Stanley began his career in volunteer work in the mid-1990s, where he volunteered in Northern Virginia.  During his time in Virginia, he worked with a primarily Hispanic population, and there learned to speak Spanish.  As he learned more about the stories of different immigrants, he became inspired to travel to Latin America and explore the different cultures for himself.

He attended university at the University of Louisville, where he graduated with a degree in Anthropology in 2004.  He later continued his volunteering experience in Cusco, Peru.  While in Peru he worked with farmers and small business owners to develop markets for selling their goods; he was also involved with building some school houses.  It was in Peru that he met his wife, Becky.  After their volunteer program, Mark and Becky backpacked together through South and Central America.  When they returned to the United States, they founded Volunteers Around the World in 2006.

Mark is the CEO and Director of Volunteers Around the World.  He enjoys working with the team leaders, doctors and in-country staff to bring much needed services to different communities around the world.  In 2006, Mark began working for Colonial Life and Accident Insurance Company.  In 2012, he founded Elite Administration, a company that deals with administering Colonial Insurance products for sales managers all around the Northeast United States.  He is also on the Board of Directors for VAW.  In his free time, Mark enjoys spending time with his family and traveling. 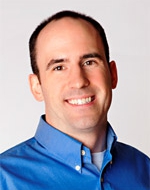 Dr. McAllister graduated with a BA in English from Brigham Young University, after which he completed four years of dental education at Oregon Health & Science University, receiving a doctoral degree in dental medicine (DMD). After dental school, he furthered his training, completing a 30 month residency at the University of Nebraska Medical Center to become an orthodontic specialist.

Dr. McAllister has practiced orthodontics since 2010, and maintains dental licenses in Arkansas and Nebraska.

Dr. McAllister and Mr. Stanley first became acquainted as they volunteered together, full-time from 1996 to 1998. They worked closely together, serving and teaching among the Hispanic population in Northern Virginia. During their service together they learned to speak fluent Spanish, and to appreciate the cultures and traditions of various Central and South American countries. Dr. McAllister is honored to help Volunteers Around the World achieve its mission to improve the standard of living for some of the world’s poorest communities. 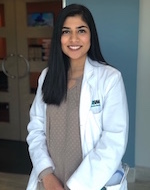 Rani Patel went to Georgia State University and majored in Biology. During her undergraduate studies she first became involved with VAW in 2013 and traveled to Panama on a medical mission trip.  She enjoyed it so much that she went on her second trip in 2015 to Dominican Republic and served as a Team Leader. She also served as the alumni advisor for the GSU VAW chapter once she graduated. She is now a Physician Assistant (PA), and completed her Masters of Medical Science at Lincoln Memorial University.

She currently works in Family Medicine at a Federally Qualified Healthcare Center. She is the Lead Advanced Practice Provider for the organization, and attends monthly board meetings to help better facilitate APPs in clinical settings. She is also involved with the Georgia Association of Physician Assistants and serves as a Regional Contact Liaison. She enjoys mentoring students, and has had several students shadow her throughout the year who are aspiring Physician Assistants. Volunteers Around the World was a life changing experience and helped her grow both personally and professionally.  She hopes to continue her involvement with the organization to help other students have the same experience she did. 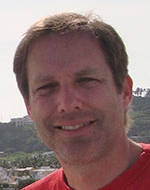 Dr. Kasteler is a member of several medical societies, including the American Academy of Dermatology. He has published in several medical journals, including JAMA. He lectures regularly on various medical subjects both nationally and internationally. In his office and at the University, he participates in the education of medical students, dermatology residents and residents in other specialties. Dr. Kasteler is married and has five children and one grandchild.

Our primary goal is to support local leaders, youth, and professionals around the world expand their vision and skills through clinical experiences, professional development, education, and cultural exchange.